Become a member?login
You are here: 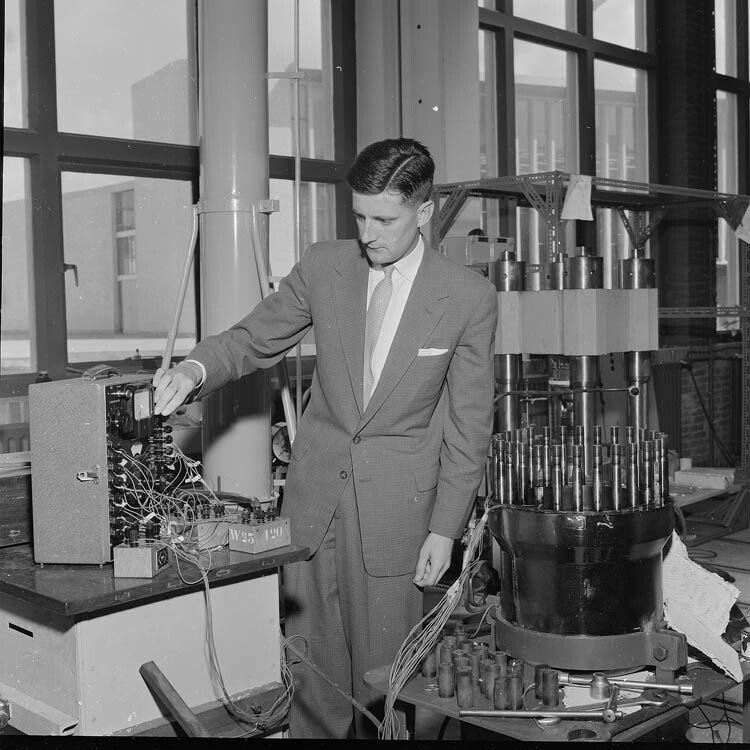 In 1951 he graduated with honor under the supervision of prof. ir. L. H. de Langen on the subjects "Compressors and refrigeration technology" and "Chemical Tools". After his graduation he started working at “Algemene Kunstzijde Unie N.V.” in Arnhem. In 1958 he was detached to “N.V. Chemische Industrie AKU-Goodrich” and “ Goodrich Chemical” in Cleveland, Ohio. After working for several years in the industry, he was appointed as professor at the Mechanical and Chemical Engineering department on December 9th, 1959. He taught our chemical engineering students the subject Chemical Tools, with a speech titled “The safety in the chemical industry”. In 1966 he went back to working in the industry where he had an impressive career as manager and CEO of several companies, one of which was Tebodin.

Van Berkel has been invaluable to the Technologisch Gezelschap. He was known for bringing students with different backgrounds together and guiding them in a way that they could collaborate well. He had a huge enthusiasm for teaching. Besides, van Berkel helped organize and guide a lot of excursions of TG. Organizing excursions is one of the core values of TG. He was always willing to open up his network and share his connections. Therefore van Berkel will never be forgotten at the Technologisch Gezelschap.

Our love goes out to the family and all relatives of ir. F.C.A.A. van Berkel.